When looking at all the data, 2014 is working out to be very similar to what happened back in 2007. Back in 2007 the mortgage industry virtually imploded destroying any equity people had in their homes. Because of this, many Americans lost their homes to foreclosure as they walked away because of no equity left. Another bubble has been created over the last three years in the housing industry while most Americans were sound asleep thinking a full recovery was in effect. Well, what do you mean there is no recovery? The Dow and S&P are at all-time record highs. By the way, this is how the fool reads the economy. They don’t understand what is making the Dow and S&P rise. If it wasn’t for quantitative easing we would be in a full-fledged depression situation. This doesn’t mean it is not going to happen still, but it is just delayed for a short period of time.

Following the 2007 bubble, we saw a record number of Americans file bankruptcy to eliminate the liability of foreclosure and to wipe out all of that credit card debt they had rung up in the previous years. 2010 was the year that broke all records for bankruptcy. These numbers have now subsided but are still well above the 1 million per year mark. I believe, we are not far away from this record being destroyed. Comparing the data and charts from back in 2007, they are eerily similar to the charts that have been released in 2014. During the first quarter of 2014, mortgage originations declined 71% from the same period a year ago. On top of that, $5.2 billion in mortgages were completed in the first quarter of 2014, compared to $8.3 billion in the previous quarter and $18 billion in the first quarter of 2013. It appears the normalcy bias is fully at work in the mainstream media as they continue to pump the wounded economy.

To further prove that bankruptcy filing will see new records in the near future all we need to do is take a look at the consumer credit debt numbers. During the fourth quarter 2013, the US saw the largest increase in debt since 2007. Total consumer credit has risen 22% over the last three years. What’s scary is, 56% of all Americans now have subprime credit. You should now be starting to see the pattern here that is similar to what happened back in 2007. When the government came out and announced for the support of the American people to get behind bailing out the too big to fail banks, I don’t think everyone knew that these folks in Washington would not learn from their mistakes. The good news is, they haven’t taken away bankruptcy at least as of now. But as regulations continue to change in favor of the big banks, I wouldn’t be surprised to see that happen in the future. Bankruptcy is not for everyone, but it will sure get people quickly out of a deep financial jam.

When someone makes a decision to file for bankruptcy, they will always weigh the pros and cons of the process. There are many more positive benefits of filing bankruptcy than there are negatives. The first one is the bankruptcy discharge. People filing bankruptcy are buried under a mountain of debt and the only way out of this debt quickly is filing Chapter 7. There is no other way to eliminate a large amount of unsecured debt other than a bankruptcy filing. Every other form of debt elimination does not have the protection of the U.S. Bankruptcy Court. Because it is a legal process, the creditors are very limited on what they can do to the debtor and usually just give up. They know that once the process begins, unless they can prove fraud, the individual filing bankruptcy will get a discharge and no longer owes the debt.

Many creditors have become so aggressive in their collection tactics that it forces Americans into considering filing bankruptcy. Not knowing what to do, they will consult a bankruptcy attorney and get a quick education about the process. The flagship benefit of the process is the automatic stay. When a bankruptcy attorney files the petition, the automatic stay goes into place stopping all collection activity by the creditor. This puts the power back into the hands of the debtor and allows the debtor to once again live without threats and phone calls by the creditors. In fact, the automatic stay will also stop all legal activity including foreclosure, lawsuits, judgments and wage garnishments. There are many other benefits of filing bankruptcy that someone should consider. To understand the process completely one should consult a bankruptcy attorney to see if it will work in their personal situation. 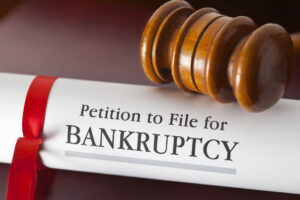