Insolvency is one of those elements of business that will never leave us. Just as some businesses thrive in the marketplace, others struggle and of those, some are always destined to become insolvent. Whilst you might be forgiven for thinking that insolvency rates remain the same everywhere, that’s simply not true. Indeed, according to leading trade credit insurer Atradius, there’s an imbalance in the global economy which will see some countries with increased insolvent business and others seeing numbers drop.

In their latest insolvency forecast, they published their predictions for 22 major trade markets, and whilst their overall prediction is for a fall in the number of insolvent businesses in 2016, that fall will be extremely modest. The potential of a new global economic recession and the continued low price of oil across the world do poise threats to businesses though. Nevertheless, they’re sticking with a -5% predicted change in aggregate insolvencies.

Of more interest is the news that the total number of bankruptcies anticipated for 2016 is 67% higher than it was in pre-recession 2007, and in some key countries is startlingly higher. Consider for a moment that Portuguese businesses are 440% more likely to go insolvent than they were in 2007, Italian businesses are 280% more likely and Spanish ones are 250% more likely. Clearly, the economic recovery hasn’t hit every nation equally.

The story extends towards Greece, which had huge economic issues in 2015, which culminated in their parliament accepting a recovery deal from the Eurozone. Understandably, 2015 saw a 10% increase in business failures, but 2016 is set to see another 5% increase, making it very difficult time to be a Greek business.

The likes of Switzerland, Luxembourg, Norway and New Zealand are expected to see no improvements to insolvency rates in 2016. Whilst the UK will only see a 1% improvement in the numbers of insolvent businesses, which is a dramatic fall from the 9% improvement witnessed across the 2015 fiscal year.

This is all contingent on a series of highly unstable factors in the global economy, particularly that of China. The country have posted a number of revisions to their growth for the year and have had to suspend their stock market on numerous occasions because of sharp falls in its value. Should China recover from these stumbles, we could witness an entirely different type of global economy, one which posts good growth in spite of the dire predictions.

Jason Curtis, Commercial Director at Atradius had this to say on the report: “”The challenging external environment combined with low commodity prices is putting pressure on global markets which is increasing the risk of insolvencies in spite of strengthening domestic economies. This is a clear warning shot to businesses which must stay attuned to the risks of trading even as the economy recovers.

Despite improvements in insolvency statistics for UK and Ireland in 2015 and predicted improvements again for 2016, the market remains challenging with insolvency levels still significantly higher than pre-recession. There are few businesses able to absorb the impact of a failed customer and businesses must continue to protect themselves and have robust credit management systems in place.”

2010 Was a Record Year for Those Filing Bankruptcy, Will History Repeat Itself? 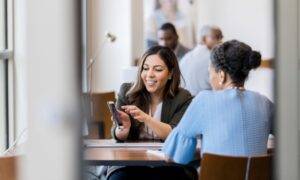 7 Steps To Add To Your Year-end Financial Plan

Low Interest Rates on Auto Loans: It Can Make Your Life Pleasurable