If you have heard about container investments, then you would have definitely heard about the Pacific Tycoon scam. Owing to the numerous scams that exist, Pacific Tycoon is just another container scam that you need to stay cautious about. Don’t invest in any kind of containers before you do a thorough research about it.

The process is a pretty simplified affair. You buy containers from underdeveloped countries for a lower price. Then you hire a company such as Pacific Tycoon to lease your containers for their clients. After a gap of 9-10 months, the containers arrive in China and then, they are sold at a profit. The company takes a small commission and you receive the rest.

When you open the website associated with the company, as in this case, it would be Pacific Tycoon, you will be greeted with a really aesthetically pleasing website that can easily fool you into being an original one. The catchy advertisement followed by the insane return promises can be quite misleading in real life. Note that they promise a fixed return of 12% on the amount invested per year, where in some cases it might go to 24.13% as it happened last year, according to them.

They say that all the containers that the company buys are fully trackable and everyone is going to have full legal rights regarding the containers that they are going to buy. Most of them are independent trackers in various countries which act as recipients of the container owners and the money is actually transferred to the scammer’s account in those particular countries. The majority of the accounts belong to underdeveloped nations that would have no association with the company.

These companies invest in a lot of PR activities where they pay different blog owners to write fake reviews about them as to how good they are and how Pacific Tycoon helped them get the best investments and other such fabricated stuff. Often, they post fake reviews on forums regarding their company so as just to win over the trust of their customers. However, a deeper research will reveal how the company has scammed thousands of people and how many there who have lost all their lifetime savings on it. 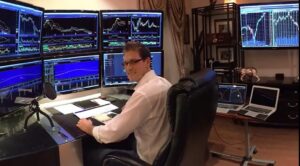